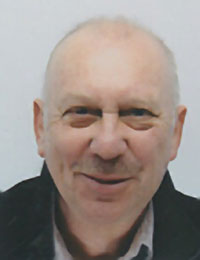 In his  working life Bob was a Deputy Headteacher at a local school in Hinckley and he and his wife still live in the area. He was brought up with a love of books and the joy of reading, especially history and historical fiction. He joined the Hinckley Scribblers in March 2018 and wishes he had joined much earlier in his retirement.  Bob enjoys the challenge of regularly writing a short piece for the weekly sessions and listening and learning from the contributions of others.  Bob’s role in the group includes chairing our meetings with efficiency and humour, ensuring they run smoothly.  You can get a flavour of his writing on his blog  here.

Lindy Greaves has ghostwritten as a career criminal and a missionary nun! Her short fiction has recently appeared in The Sunday People, Zetetic Record, Drabbledark Anthology, The Norwegian American and ARTPOST Magazine. She’s a mum and a wife and a casual librarian in Leicestershire, England.

Recent short fiction available to read for free at 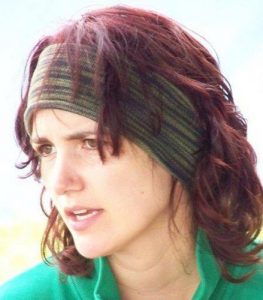 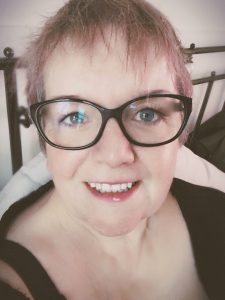 Addicted to self publishing and publishes under her own company, Harefield Press.  Geeky.  Artist.

Paula has published 7 books ranging from a volume of poetry to an exploration of narcissism.

See her Amazon author page here  and her website here

Taking everything into account, there’s little to tell
If you remember me at school you will be doing well
Now I’m of a different age and write to pass the time
And though my IQ’s dipped I sometimes make it rhyme
With all this ‘Whats App’ going on
My personal info stuff is gone
But this bio tells you who I really am
Even if the lines don’t scan!
You’ll know I’m one of those who also ran
Not a scholar,  not a grad, keeping up by a tad
Just a scribbler happy to pay the two pound tab
And go home happy never sad
In the past I’ve won first prize for my work, writing verse and other scenes
Then a script of mine was published in a host of magazines.
Which outsold The Sun in Bognor and in Milton Keynes. 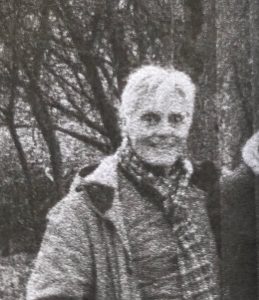 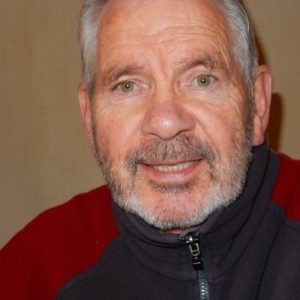 In early November 2021 members of the Hinckley Scribblers were saddened by the news of the death of one of our dearest friends, Philip McCormac, after a short illness. Philip was a prolific writer and had numerous westerns and tales of the supernatural published and
available in libraries and online. At our meetings he entertained us with excerpts from his latest novel or amusing tales full of his delightfully wicked sense of humour. Philip was a staunch supporter of the group and was always willing to share his knowledge, experience and love of the written word. During his time with Scribblers he ran several workshops and would offer help and encouragement to those who sought his advice. Throughout the weeks and months when the group was unable to meet in person he was a regular on our weekly
online sessions. Cheering us all through the depressing days of the pandemic with his mischievous comments and observations. I first met Philip when I joined Hinckley Scribblers in March 2018 and it soon became apparent how fondly he was regarded by all who knew
him. Giving him a lift home after our meetings was always a laughter filled excursion and I shall recall the all too brief time I knew him with great affection.
As a measure of the esteem in which he was held by group members who knew him I offer the following tribute written by Brent Kelly. “He was such a lovely man; I cannot believe he has gone. What a writer, what a man. So humble and always encouraging of everyone and
never giving any negative feedback, he always found a positive to focus on. He gave me so much support when I joined the group and it was thanks to his tips and encouragement that I was able to complete my own novel. I will never forget his wicked sense of humour; he was
unique and he was ours and I was privileged to know him and benefit from his knowledge and love of writing. Our group has suffered a terrible loss but we will carry on because that
is what he would want. God bless, Philip”.
Bob Crockett – On behalf of those Hinckley Scribblers who knew and loved the man. This tribute was published in the National Association of Writer’s Groups Newsletter February 2022.

Story published in ‘ALL HOLLOWS’ the magazine of the Canadian Ghost Society.

A series of humorous stories in ‘DRUMCREE NEWS’ a magazine produced by residents of the infamous Garvaghy Road in Portadown, NI.

Carol is our cheerful and hardworking secretary keeping records since 2012 when the group first met at Hinckley Library.
Throughout her career as a primary school teacher she  enjoyed creating songs and poems to use in the classroom. Her dream is to get something published. 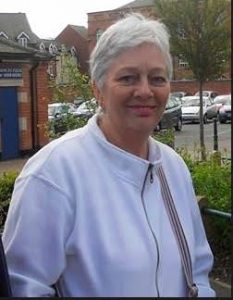 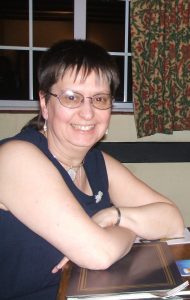 Kristen Stone wrote her first novel at the age of 14 when she should have been studying for her exams! It was a fantasy about a world where people were either slaves or masters, the central character being a slave. Hand written in half a dozen thick exercise books from Woolworths and stuck together with with sellotape, nothing ever became of this book but the English teacher liked it!
The idea of being ‘a writer’ was the only thing Kristen really cared about. Her career teacher told her it was not possible to JUST be a writer, she had to do something else too. That might have been good advice but who can say what might have happened if Kristen had worked on that first book and sent it away. Back then in the 1960’s when not so many people were writing it may have been picked up by a publisher, just for pure novelty of being penned by such a young writer.
The dream still lives. After a spell of self-publishing e-books which she has now removed from sale, Kristen continues to write and seek an agent to find ‘the big deal’.
Read some of Kristen’s work here.

John Trott has always been a voracious reader and still prefers books to television. He does not read what is usually described as ‘literature,’ but prefers a wide range of fiction and autobiographies. After serving for ten years in the Royal Marines and thirty in the police he felt the urge to write. He attended a creative writing course through Telford College and discovered the Hinckley Scribblers after moving to Leicestershire in 2013. He is not a published author, except for letters to the editor in the Times.   You can read some of his work here. 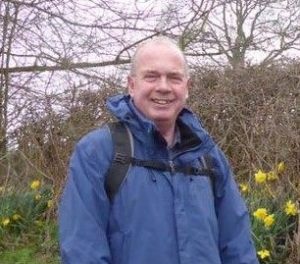 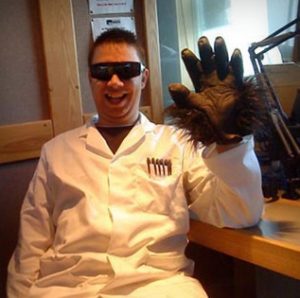 Both “Mr Custa” and “Dr StrangeGlove” started as short radio sketches (usually under ten minutes) on Lee B’s “UpAndHappy” show on 101.8 WCR FM, and then later on Gorgeous Radio. (both in Wolverhampton.) “Praze & Beeble” was a stage-show for many of RealDeal theatre’s “Sitcom Saturday” events in London, and a short film of P&B (intended to be a TV pilot) was recorded in 2015.

“Mr Custa” is currently to be discovered in Volumes 36-38 of the online “Aces Weekly” comic, illustrated by Mychailo Kazybrid & Bambos Georgiou.