All writers benefit from sharing their work and getting helpful feedback from others.  However, both giving and receiving critique can seem daunting. With that in mind, Hinckley Scribblers have produced this helpful guide on how to give and receive writerly feedback.

How to give feedback

When a writer shares something with a writing group, it’s best to remember that their piece is usually a ‘work in progress’.  The idea of feedback is to give the writer helpful views and suggestions to encourage them to improve and keep writing, rather than to review their work as though it were a final, polished item.

Karen Hertzberg writes on the blog for Grammarly (a free online writing assistant; see Resources) that this requires a ‘deft touch’.  She describes how she thought she’d given a useful critique to a writer friend about her novel, only to find out later that the friend had been devastated by her comments and put off from writing for months.

Which leads to the first point: 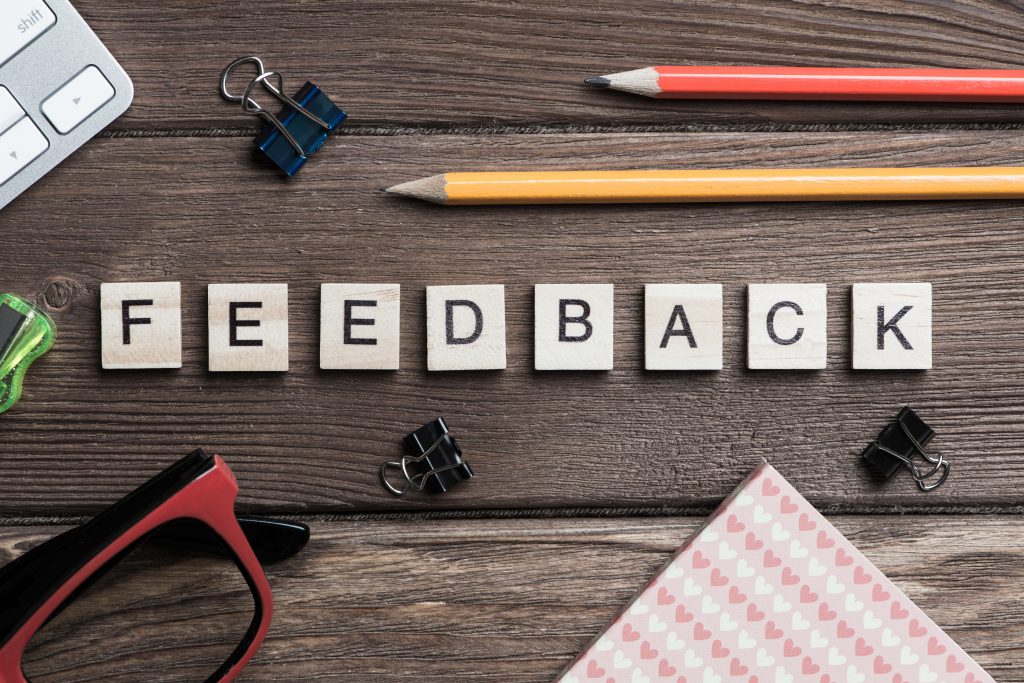 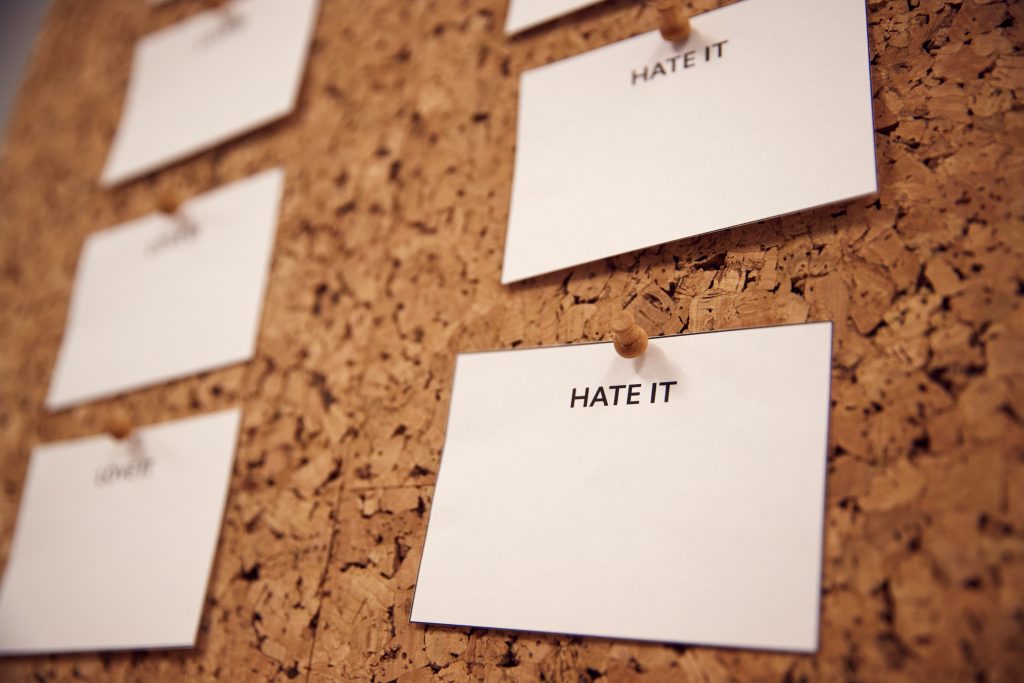 Encouragement and the art of diplomacy

The tone of comments should always be encouraging. Writers can be very unsure and sensitive about their work and may feel vulnerable revealing it to the scrutiny of others. Even famous authors are not immune to self-doubt, as shown in this quote:

"The first problem of any kind of even limited success is the unshakable conviction that you are getting away with something, and that any moment now they will discover you."

A writer’s discomfort might be accentuated by receiving the feedback in a group environment.  It’s therefore important to provide all feedback with tact and diplomacy.

Not all feedback has to be positive. Negative critique is very valuable to a writer, guiding their attention to areas of improvement and allowing them to produce their best work.  However, sharing only negative feedback is very discouraging to both the recipient and the group as a whole.

A ‘feedback sandwich’ method is favoured by many people and organisations, for example the Open University.  In this approach, the ‘meat’ of a criticism is sandwiched between two layers of encouraging comments.  As well as receiving the negative point, the recipient is encouraged by something positive when they first read or hear the comments, then left with something positive to take away at the end.  It’s believed that people are much more likely to take in negative feedback if it’s surrounded by positive, encouraging insights.

Too many comments can be overwhelming, so try to pick out your main points only and say them clearly.  Quite often, focussing on the positive aspects will have a disproportionate effect on someone’s improvement and confidence, encouraging them to do ‘more of the same’ and leaving negative points to be resolved by the writer themselves at a later date.

It’s easy to praise a writer’s work, but more difficult to point out areas of improvement with the tact and diplomacy mentioned above. All negative critique should aim to be constructive: without the ‘constructive’ part, it is simply critical, which may cause offence to your fellow writers.

The key to this is to read or listen carefully (possibly making notes) and ask yourself what it is that you actually didn’t like about a piece of work.  Be specific about what you think needs improvement and the reasons why it didn’t work for you.  If you can’t narrow it down, it’s probably not worth commenting on.

For example, consider these two approaches:

“I felt the timeline was a bit confusing on my first read through.  Would it work better to put the information about the monk’s training earlier on in the piece, so we know he’s become a monk before he meets the traveller?”

In the second version, the problem of the timeline has been highlighted and the reason why it caused an issue for the reader has been identified.  The feedback also suggests (tactfully) a possible solution for the writer to consider.

In summary: Explain specifically what didn’t work for you and why, possibly sharing any tips and hints you may have to tackle the issue – with tact and diplomacy of course!

Always try to find something positive to say.  This is vital when giving feedback, because it tempers any criticisms and because it encourages the writer to use effective techniques or approaches even more.

Some questions to ask yourself are considered by Joe Bunting in her blog post ‘How to Stay Popular in a Writers Group’ (see Resources).  She reimagines our feedback sandwich as an Oreo biscuit with a criticism cream filling, suggesting questions for the (positive) cookie parts such as:

What is unique or effective about their writing style?

What did you enjoy or respect about their characters?

What is a phrase or paragraph that especially stood out to you? Why?

Some ideas to consider when giving positive feedback

This is by no means and exhaustive list (as a writer you will no doubt think of many more!) but might provide a starting point for positive aspects to look out for in a fellow writer’s work. 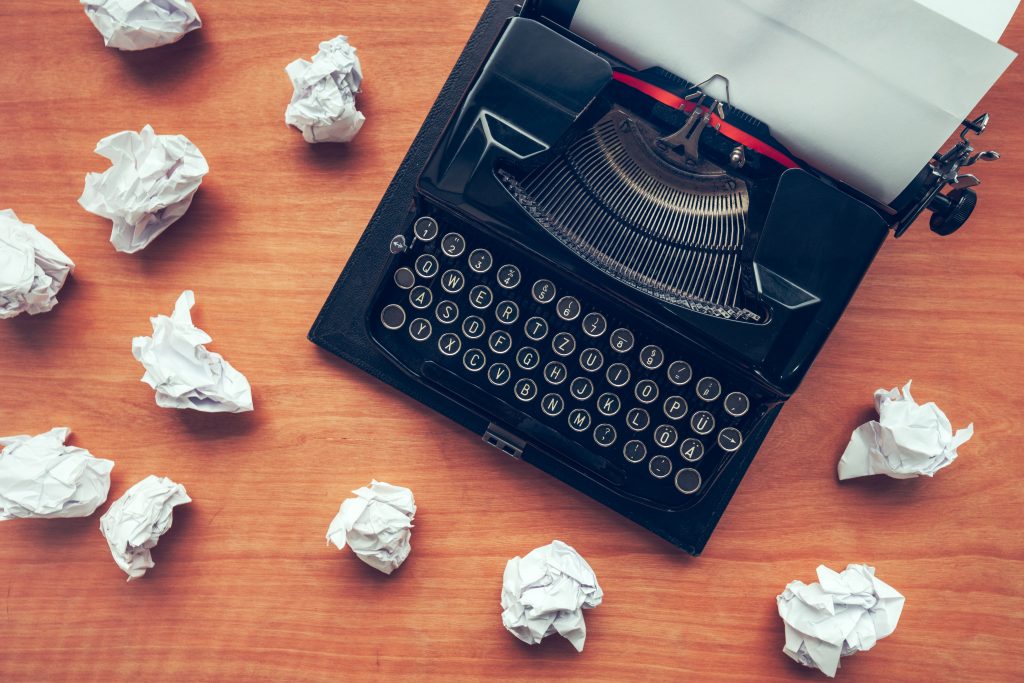 How to receive feedback

This can be summarized in four steps:

Remember that your comments should be intended to encourage and support other group members. We are all here to help one another improve and above all enjoy our writing.

Bunting, Joe (2014) ‘How to Stay Popular in a Writers Group’, Blog post 2014. https://thewritepractice.com/best-writers-group/

Runaway Writers (2020) ‘All the buzz of a critique’, Podcast September 29, 2020, 32:14 minutes, Write Way for Runaways podcast channel for the Runaway Writers, Burton Upon Trent https://anchor.fm/runaway-writers